New album: A Partridge In A Pear Tree: Jazz For The Holidays. The perfect album for your collection or gift for someone else. Eight classic songs that’ll get you in the mood for the holidays!

Now streaming and available for purchase!

New album: A Partridge In A Pear Tree: Jazz For The Holidays. The perfect album for your collection or gift for someone else. Eight classic songs that’ll get you in the mood for the holidays!

Now streaming and available for purchase!

Sarah Partridge grew up in Boston and Birmingham, Alabama, listening to jazz vocalists around the house, soaking up her father’s albums of Ella Fitzgerald, Chris Connor, Dakota Staton, Irene Kral, and Sarah Vaughan. But she was drawn to acting, and ended up majoring in theater at Northwestern University. After graduating in 1982, she worked around Chicago, and landed her first feature role in Tom Cruise’s star-making 1983 hit Risky Business.

Relocating to Los Angeles in 1984, she worked steadily in film and television and carved out a niche doing voice-overs (often portraying cartoon superheroes). Out with friends one night at the Improv, she accepted their dare to take a turn at karaoke and delivered a stunning rendition of “Summertime.” The impromptu performance caught the ear of a booker, who promptly hired her to sing in a concert with the top tier of L.A. jazz musicians. It was a successful gig that rekindled a long-buried dream.

“It was a fluke,” she says. “But as an actress I loved to sing. I was just never a Broadway belter. My dad was a huge fan of female vocalists and I grew up knowing the artists and the songs, but I never considered that I would do this professionally. I didn’t go to music school or take vocal classes. But there was that moment singing ‘Summertime’ when my friends looked at me afterwards, and said, how do you know how to do that?”

She spent years honing her technique in Los Angeles and New York City, where she moved in 1994, and instantly bonded with trumpet legend Doc Cheatham, “the first musician I played with in New York.” Attending one of his regular Sunday brunch performance’s at Sweet Basil, her husband convinced pianist Chuck Folds to let Partridge sit in. Her version of “Every Day I Have the Blues” went over well and Cheatham told her “You can come anytime you want,” Partridge recalls. “After that, I sat in regularly and we did some gigs together. I learned so much from him musically, just seeing the obsessive dedication he had. He was a real inspiration.”

Partridge released her debut I’ll Be Easy to Find in 1998, a widely acclaimed album (“She’s a pleasure to hear in any emotional guise, whether one of regret or exaltation”—Billboard) featuring veteran jazz greats like Frank Wess, Bucky Pizzarelli, and Gene Bertoncini. She has grown exponentially with each new recording: Blame It on My Youth, 2004; You Are There, Songs for My Father, 2006; Perspective, 2010; and the long-awaited I Never Thought I’d Be Here, 2015 (“Ms. Partridge consistentlystretches both herself and the music. It would not be surprising if a few of her songs became standards in the future”). And now Bright Lights & Promises: Redefining Janis Ian captures an artist fully in command of her craft. Surrounded by an enviably sympathetic cast of collaborators, Partridge has expanded the possibilities for fellow vocalists, bringing the work of an American original firmly into the jazz fold.

See where Sarah is performing next, or get details on upcoming group performances.

Stay in the know about current projects, album releases, tour dates, and more.

“Partridge hits a bull’s-eye on every single song. She can scat, strut, soar, and tear your heart and soul to shreds without ever breaking a sweat. She’s that good, these performances are that memorable, and this album is most certainly one for the ages.” 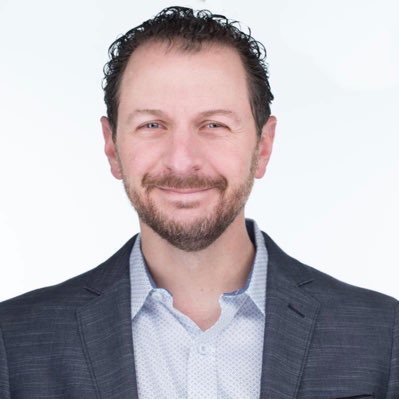 Dan Bilawsky
All About Jazz
“Partridge is one of jazz’s better-kept secrets–a masterfully unsentimental singer whose vocal clarity and intelligent interpretations skip right past the merely pretty in order to locate harder truths and more rugged beauty.“

Neil Tesser
Jazziz Magizine
“Partridge’s phrasing is everything on this record, and shows a dexterity and innate versatility that is rare. Some of these songs sound like they were written for her. The iconic 1987 album by Jennifer Warnes, “Famous Blue Raincoat”, famously reinterpreted the unique songs of Leonard Cohen. Sarah Partridge achieves a similar result on “Bright Lights & Promises,” with the timeless and skillfully crafted songs of Janis Ian, and deserves great respect and acclaim for such a special record.”