I am excited to announce a new project! Portraits of Wisdom is an album and tour of musical portraits of Women in STEM. STEM stands for Science, Technology, Engineering, and Mathematics.

Partridge is a songwriter whose compositions have been described as “modern classics.” She has written for Downbeat Magazine and appeared on Good Morning America.

Sarah’s last two projects were successfully funded by crowdfunding campaigns. “I Never Thought I’d Be Here,” an album of her original compositions, and “Bright Lights & Promises: Redefining Janis Ian,” a collection of reimagined songs by the legendary Janis Ian, along with two originals written by Sarah and Janis. Both reached their financial goals and were then released by Origin Records, a distinguished jazz record label.

There is artistic and educational value to this project in that it is an original jazz work as well as an inspiring piece of information for young women, STEM Organizations, and the general public 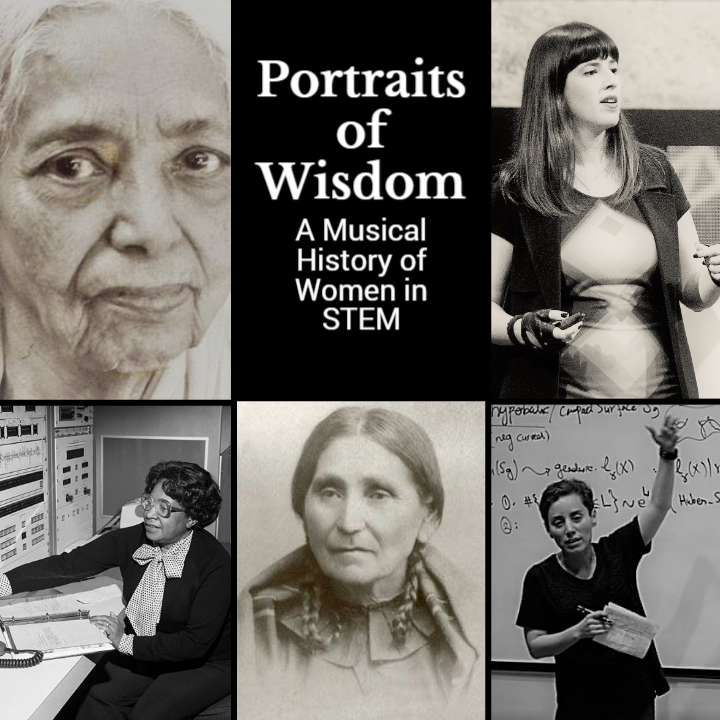 Compositions on this recording will be originals written by Partridge and other well-known Jazz artists. The pieces will portray notable women who, through the ages, have left their mark in science and technology. Their personalities and accomplishments will be evident in each piece. There is artistic and educational value to this project in that it is an original jazz work as well as an inspiring piece of information for young women, STEM Organizations, and the general public. A couple of examples of these musical portraits with working titles are:

“Sky Sweeper”: Maria Mitchell. When astronomy was considered a “feminine” hobby, Maria became the first important female astronomer and advocate for women’s rights in the mid-1800s. She describes the bliss she felt “sweeping the sky” (stargazing). She reported “Miss Mitchell’s Comet” in 1847.

“A Double Life”: Hedy Lamarr. An immensely popular movie star known for her beauty. She co-invented a secret communications system that became the technical backbone of wireless operations. In one lifetime she lived two very opposite lives.

Listen To A Sample

Touring plans include STEM organizations and conventions, schools, Universities, and Performing Arts Centers. Touring is an expensive but essential part of each album release. Despite the fact that musicians are paid for concerts, they often have to rent space, travel, feed, and house the band. There will most likely be 7 musicians, including myself. The remaining $9,000-$10,000 of the budget will go towards these expenses.

We are actively raising money to fund this artistic and educational project and would love you to consider making a tax-deductible donation to help us reach our goal of $33,000. Your support in ANY amount is important and greatly appreciated.

To Donate By Check

Checks must be made payable to “FRACTURED ATLAS,” with “PORTRAITS OF WISDOM” in the memo line. Those who donate $5,000 and above will be acknowledged as Producers of the project.

Thank you in advance for your generous support! 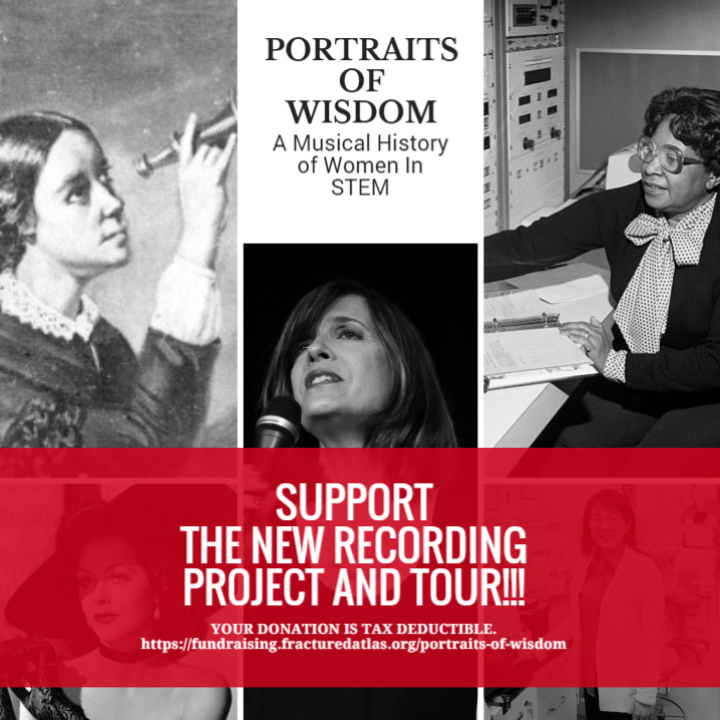